2017 has been a year full of movies! As I’ve said before, this year was my big opportunity to watch important movies released last year, like A Silent Voice and In This Corner of the World. Some Ghibli movies were also part of my watchlist, and due to the hype on Anitwitter, I decided to give a look at some beloved movies from 2015. Let’s give a look at the movies from my anime backlog.

Along with Tamako Love Story and A Silent Voice, the other KyoAni movie I watched this year was High Speed!, which was also my first experience with the Free! franchise. I was expecting beautiful animation and really cute boys, and the movie delivered on that front, but I certainly wasn’t expecting so much good drama. The range of emotions in this movie is huge, and each member was engaging enough to care about their personal problems. I’m not sure if this same quality is present in the TV series, but after watching this movie, I wouldn’t mind giving them a chance.

Big props to two particular moments: Haru and Makoto’s reconciliation at the pool, and Ikuya’s big breakdown at the bridge. Beautiful moments in completely different ways. 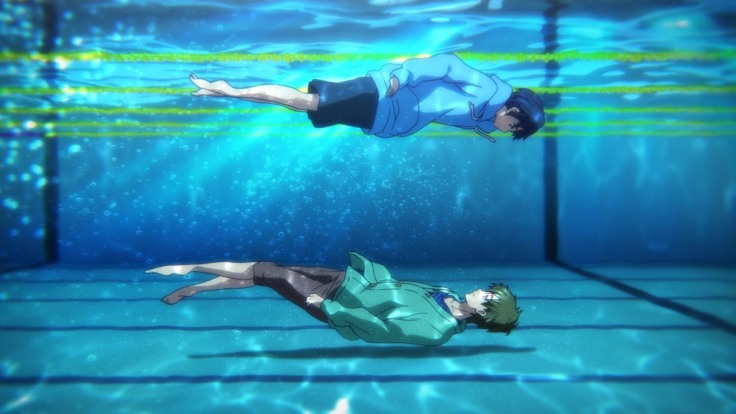 The Anthem of the Heart

There’s been a lot of buzz around Mari Okada this year. First, it was the news about her autobiography that got published around April. Some months later, it was announced she was going “to direct” her first anime ever. All of these prompted an article, written by frog-kun for ANN, about how she went from a shut-in to the prolific creator she is now. While reading it, I discovered Okada had a lot of creative control over some of the anime she wrote: between them, there was The Anthem of the Heart. So I thought it was the perfect opportunity to watch it. And I must say that The Anthem of the Heart was great.

One of my favorite aspects of the movie was how animation conveyed Naruse’s emotions. Despite her mutism, Naruse is still a chatterbox, and through (sometimes very fun) body language and character acting, she communicates her feelings more than it’s necessary. As Takumi puts it, even if she doesn’t sing, she displays exactly what she’s thinking through all sorts of body movements. Apart from that, The Anthem of the Heart is a lovely movie about self-acceptance and the need to communicate our feelings that you should watch if you hadn’t had the chance.

And as fun fact, I got to use Naruse’s story for a midterm exam, and I’m happy to say that my teacher liked it. Yay.

(And also, you should read inksquid’s comments on the final song!)

When Marnie Was There

Around July, a TV channel had a special selection of movies to show for some limited time. Among those movies was When Marnie Was There, a very sad, yet hopeful tale of Anna, a depressed girl that finds acceptance and friendship in Marnie, a mysterious rich girl Anna meets when exploring her town. As with any Ghibli movie, the art direction was beautiful, and Anna’s growth by the end of the movie was very rewarding.

As a very important side note, When Marnie Was There is also one of the few (if not the only one) anime I’ve watched with my mom! The movie captured her really quickly, and she even watched it several times on her own. It makes me happy to know she also enjoys the things I love. 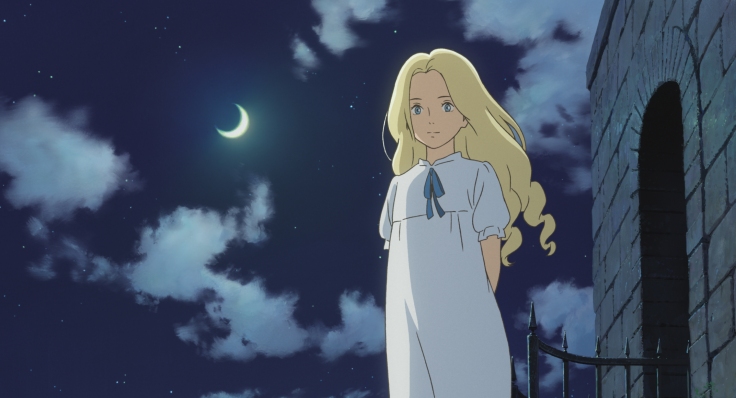 Now I know what all the buzz was about…

The quintessential coming-of-age story from Miyazaki and Studio Ghibli hit local theaters in September, and I had the opportunity to watch for the first time in the big screen. And holy crap, it was amazing. Engaging, fun, magical, beautiful, it was everything that makes Ghibli films so great. The attention to detail in each scene was mind-blowing, especially during the bath house busiest moments. Speaking of which, the bath house, its workers, and its guests are unforgettable, from the malevolent Yubaba to the little coal carriers that worked for Kamajii. And what a great and fun lead Chihiro was. A scaredy cat at the beginning, she slowly gained the confidence to work and save people in need, but most importantly, she was there to get shit done.

I really want to buy the BDs so I can watch again. I must say Spirited Away deserves all the praise its got. 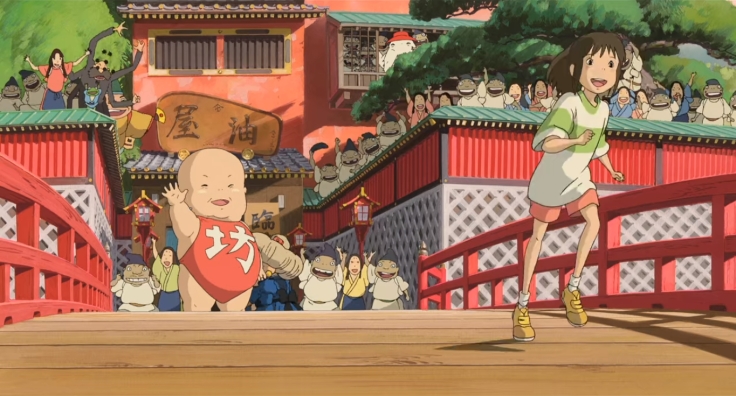 You can check the first part of my anime backlog list here and the second part here.

2 comentarios sobre “A look through my anime backlog: Part III”

A small blog where I gush about anime, manga, and ocassionally light novels!

A Turn A Gundam Fansite

Just another line in a sea of paragraphs.

Too many words about Japanese cartoons

A Thousand-Word Equivalence
Through the painting

Thoughts on anime and translation